Charles Blackman exhibition at Intercontinental Hotel Sydney and launch event of Blackman Studio. Charles Blackman (born 12 August 1928) is an Australian painter, noted for the Schoolgirl and Alice in Wonderland series of the 1950s. He was a member of the Antipodeans, a group of Melbourne painters that also included Arthur Boyd, David Boyd, John Brack, Robert Dickerson, John Perceval and Clifton Pugh. His work is associated with dreamlike images tinged with mystery and foreboding. In 1960 he lived in London after winning the Helena Rubenstein Scholarship, settling in Sydney upon his return six years later. In 1970 he moved to Paris, when awarded the atelier studio in the Cité des Artes. He lived there for a year at the same time as John Coburn, and subsequently returned often, as Paris was an eternal source of inspiration. 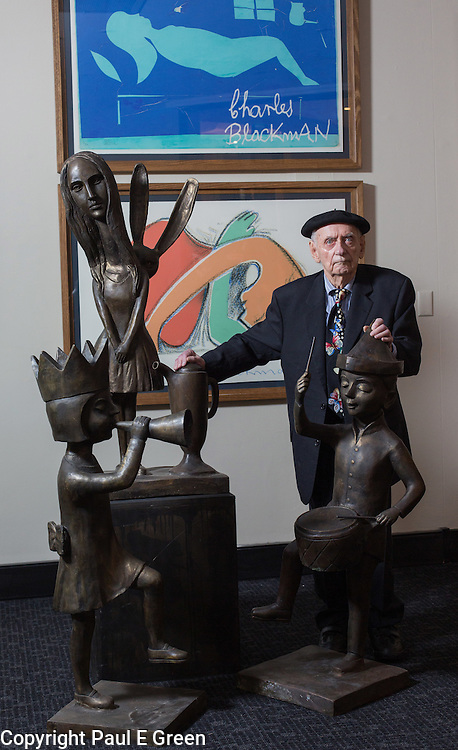