Gadigal Aboriginal Elders Burning Eucalyptus in Martin Place.Floral Tribute to Victims of Sydney Siege 16th December 2014. An Iranian Refugee Man Haron Monis took 17 hostages at gunpoint inside the Lindt Cafe in Sydney's Martin Place. Initially he forced the hostages to hold an Islamic flag against the window of the cafe. Through the course of the siege a number of hostages were able to escape. After 17 hours there were gunshots heard from inside, the NSW Police Tactical Response Unit stormed the building firing shots and stun grenades. The gunman was killed and 2 hostages, Tori Johnson and Katrina Dawson. The photos shoe a spontaneous floral tribute to the hostages who were killed. 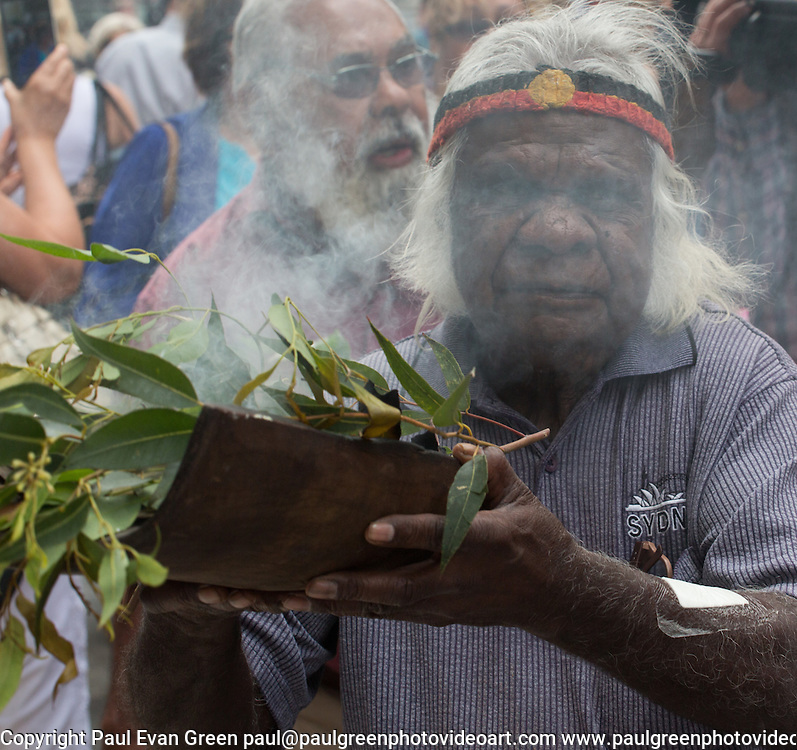