back to search results

The Lainzer Tiergarten is a 24.50 km² (6,054-acre)[1] wildlife preserve in the southwest corner of Vienna, Austria, 80% of it being covered in woodland. It dates back to 1561, when Ferdinand I of Austria created it as a fenced-in hunting ground for his family to use. Since 1919, it has been open to the public. Its name consists of its location by the Lainz district of Vienna's 13th District, and Tiergarten, which means zoo (literally, "animal garden"). Today the Lainzer Tiergarten is home to between 800 and 1,000 wild boars, 200 to 250 fallow deer, approximately 700 mouflons, and 80 to 100 red deer (elk). Hermesvilla is a palace in the Lainzer Tiergarten, in Vienna, a former hunting area for the Habsburg nobility. Emperor Franz Joseph I gave it to his wife Empress Elisabeth (nicknamed "Sisi"), and he called it the "castle of dreams.“ The name of the villa refers to a statue of Hermes made of white marble that is located in the garden of the villa. Today, the Hermesvilla is noted for its art and natural setting, and is used by the Vienna Museum It was designed by architect Karl Freiherr von Hasenauer, and construction lasted 1882 until 1886.[2] In 1885, the decision was made to rename the building "Villa Hermés". 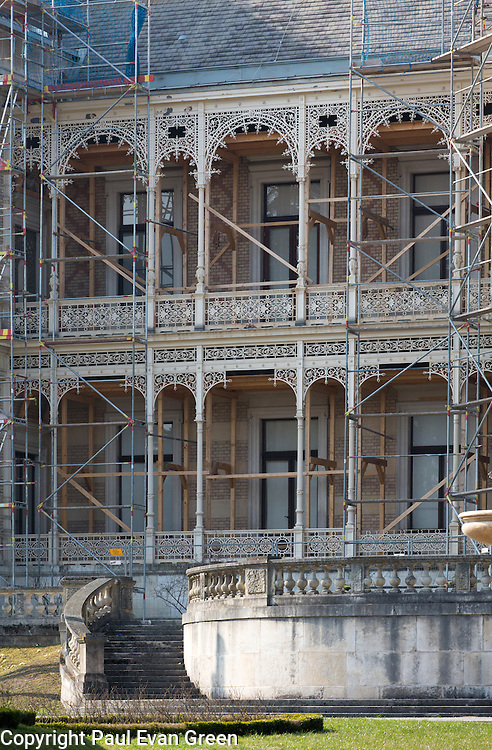